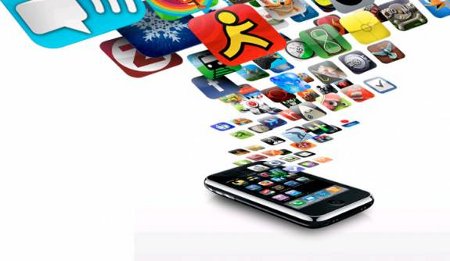 15 billion and counting – that is the juggernaut that Apple has built over the years with their App Store, having shifted that amount of apps by more than 200 million iPhone, iPad and iPod touch users around the world. We do wonder at the spectacle of it all, and just how many more apps could have been downloaded the official way instead of devious minds taking the jailbreak route? That cannot be answered at the moment, but it is certainly worth pondering over.

The Apple App Store is said to offer over 425,000 apps, with developers being credited for churning out more than 100,000 native iPad apps as well. It has taken a mere 3 years for the App Store to grow to its current size, and definitely the kind of hardware which Apple rolled out over the years did play a role in propagating the purchase of apps. After all, having great software but poor hardware is never a winning combination, and vice versa. The others (Android Market and Windows Marketplace) are clearly playing catch up, with Android Market having the remote chance of eventually catching up with the App Store.

The App Store has been a hotbed for start ups and small time developers to share their genius with the world. Take for instance, Dr. Ge Wang, a Smule co-founder and assistant professor at Stanford’s Center for Computer Research in Music and Acoustics. He said, “We sparked musical magic when iPhone users experienced Ocarina three years ago. And now with iPad, we’ve created the Magic Piano and Magic Fiddle apps. Who could’ve dreamt an iPad would make its way into the San Francisco Symphony?”

The App Store is available to consumers in 90 countries, and it is not short on categories, where among them include games, business, news, education, sports, health, reference and travel. While Apple has paid developers more than $2.5 billion to date, it goes to show just how much more Apple has made in the same time frame to be able to afford such a payout. Here is to the next 15 billion, Apple, and watch your six!