Bluetooth Game Gripper needs your help to be realized 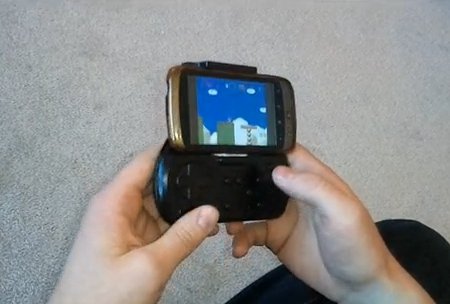 Whenever a good idea comes along, some of you might wonder, “How come nothing is done about it?” Well, one of the main reasons would be the lack of finances, and it is a good thing that there are some ways to go about the situation. The Bluetooth Game Gripper is one interesting project that might just materialize in time, although it will definitely need your help and support – with the latter coming in monetary format as the most practical method.

Just what does the Bluetooth Game Gripper offer to justify its existence? Well, it is certainly one of the better ways to play games on your iPhone, Droid X, or other supported smart phone. You do know that modern smartphones tend to have some pretty engaging games which were unthought of all those years ago, so it makes perfect sense to have a gaming peripheral to go along with the whole shebang as for some games, on-screen controls just don’t work or feel right.

The Bluetooth Game Gripper is the brainchild of a person who was playing games on his smartphone in March last year, but found the experience to be wanting simply because of the poor control scheme. You know what they say, if you want something done right, you gotta do it yourself. This has led the inventor to work in tandem with a company that manufactures Bluetooth keyboards, where they supplied him with circuit boards that are already in production, and are a snap to hook up to their standard HID interface.

Where button presses are concerned, it is just a matter of mapping them to any of the existing emulators on the Android market. A quick email to one of the major iPhone emulator makers resulted in him agreeing to team up to offer support for the Bluetooth Game Gripper. So far, supported phones and devices include the iPhone 4, iPad, Droid X, HTC Touch Pro II, Nexus One, Nexus S, Motorola Click and Samsung Galaxy S. For those who are rocking to the HTC Hero, HTC Evo, Samsung Epic and Palm Pixi, you will have to wait for a while since the Bluetooth Game Gripper does not play nice with the native Bluetooth application or the Blueinput driver.