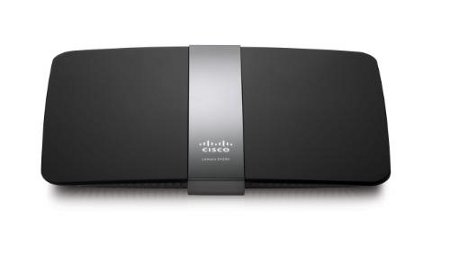 Cisco is the company that created the backbone for the Internet on which you’re on at the moment, and with such pedigree behind them, it is only natural to see the company roll out a best-in-class wireless home router – also going by the model name Linksys E4200 Maximum Performance Dual-Band Wireless-N Router. Meant for optimum home theater performance, the E4200 is more than capable of playing nice with the latest entertainment devices, where among them include the newer generation of Internet TVs, the all pervasive Apple iPad, video game consoles, smartphones, e-book readers, and VoIP devices. This new router is touted to boost performance and range in the home, where it can deliver an industry-leading speed of up to 450 Mbps (on paper, of course) for smooth streaming of video and music and uninterrupted gaming. We do wonder how it will be in the real world performance instead of in theory though.

This router will feature simultaneous dual-band wireless-N, a quartet of gigabit ports, and a 3×3 antenna configuration which will all work together to give it unparalleled speed and range. Apart from that, a combination of internal and external amplifiers coupled with a half dozen antennas help increase the signal strength across greater distances, delivering improved home network coverage and reducing dead spots. Not only that, the E4200 will also feature a next-generation industrial design which is pleasing on the eyes, combining sleek contours with advanced functionality.

The E4200 will also come with a new USB feature that makes it easy to add external storage to the network. After all, with it being an UPnP Media server, consumers are also able to store, share and stream movies, music and games to other devices around the home in a jiffy. The USB port can also be used as a Virtual USB port which will also enable printers to easily connect to the network, letting everyone in the vicinity to print sans pesky wires. The inclusion of Cisco Connect software will deliver simple three-step setup and network management tools such as parental controls and guest access.

How much are you expected to pay for such technology? Well, the Linksys E4200 Maximum Performance Dual-Band Wireless-N Router is now more than ready to hit your homes as long as you hand over $179.99 to Best Buy, Bestbuy.com and the Linksys store.