Huawei looks into the future with Huawei Vision 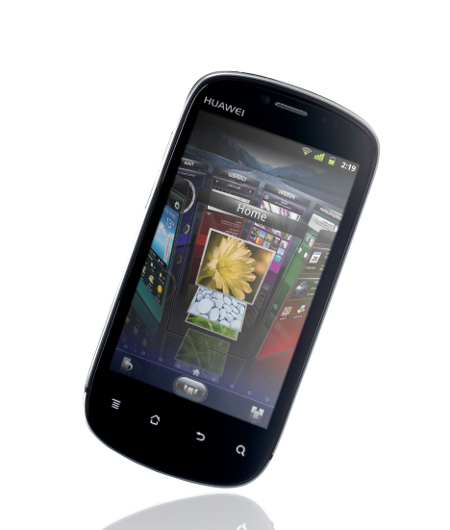 It isn’t like Huawei to lead the way when it comes to the latest and greatest smartphone, and certainly their upcoming release, the Huawei Vision, isn’t going to be the standard bearer for this niche market. What it offers, however, is mid-range functionality for an Android-powered smartphone, and at the very least Huawei has the smarts to roll it out with Android 2.3 Gingerbread – which means you need not drum your fingers on the table and wonder just when will they release an update if you were to be on Froyo instead.

The Huawei Vision lives up to its name by being a visually striking smartphone, sporting a new 3D user interface that might seem to be rather gimmicky to some at first glance, in addition to a carousel animation display. There is the
1GHz Qualcomm Snapdragon MSM 8255 processor running underneath the hood, crammed into an aluminum alloy unibody that will come in rose gold, silver or charcoal shades, alongside a curved touch design. What are some of the other hardware packed within? Just check out the rest of the story after the jump and you’re good to go.

The Huawei Vision will be super slim at 9.9mm at its thinnest point, tipping the scales at just 121 grams. It has a 5-megapixel camera which boasts of autofocus and HD video recording capabilities, augmented by an LED flash to help you out in those low light conditions. Want to remain connected to the Internet? No problem, just connect via its Wi-Fi N connectivity, and you can always take the hands-free route when driving with its Bluetooth V2.1 with A2DP support.

The Huawei Vision’s 3D phone interface will also be something fresh to most people, letting you select any panel of the home screen with but a solitary swipe, making it a snap to prioritize the application view to suit your needs. Nice to know that come this September when the Huawei Vision rolls out, it will have games pre-loaded to get you started right out of the box with Angry Birds, Asphalt 6: Adrenaline, Order & Chaos Online and Guerrilla Bob HD. No idea on pricing though.