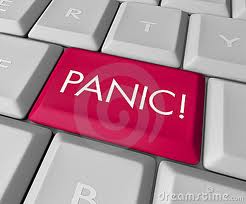 There’s a panic button included in MARTUS, a software program designed by a California based nonprofit called Benetech. The actual program is designed to covertly store data about human rights abuses in countries around the world, were talking serious abuses, like murder and torture. It was ultimately designed to assist human rights workers worldwide who are collecting just such information and using it to document human injustice in nations run by vicious dictators in the hopes that someday they will be held accountable for their actions.

MARTUS is easy to use, you simply download the program on a laptop and fill in the blanks to provide a database. Then it’s all automatically encrypted and stored in the cloud on remote servers away from the very people that would want to harm you if you got caught with such information. The panic button feature is to use in emergencies only, like if you’ve collected sensitive data and youre about to be taken into custody by paramilitaries and your computer and its contents are going to be examined. You can then delete all the data, and even the program itself with one keystroke and recover it later, from the cloud with a password and a secret key. Sounds just like the movies.

With an International Criminal Court now investigating possible crimes against humanity committed in Libya, Benetech believes its scientific analysis of data will be in high demand throughout the Middle East. Amazing.