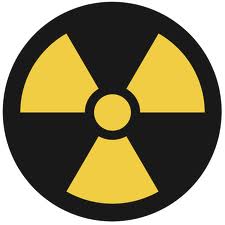 Okay so we’ve heard reports that a new form of uranium could potentially lead to portable nuclear power plants and ultimately one that could fit in your car and run it on down the road. How scary is that?

Scientists from the Los Alamos National Laboratory have created a molecule called uranium nitride which they say is cheaper and much safer (I sure hope they’re right) then plain old uranium. This new molecule could extract more energy from the usual fossil fuels, making our cars more fuel efficient. This is because uranium nitride has an easier time pulling the hydrogen off carbon atoms and the energy that is usually lost in that process, is now retained and has the capability of giving us all more miles to the gallon.

Scientists have not been without their problems however, this particular uranium nitrade molecule destroys itself after pulling the hydrogen atoms from the carbon atoms. So, for this new molecule to be commercially successful it needs to retain and protect itself, and not self destruct like the messages on reruns of Get Smart.

Think of it, If these guys can actually get this technology to work with uranium nitride acting as a catalyst in the reaction to break hydrogen and carbon atoms, then this could lead to smaller, cheaper and, wait for it… mobile nuclear power plants. So this adds to my long list of good news, bad news scenarios. The good news is, more miles on less gasoline saves me dollars at the gas station! The bad news is, oh come on, people driving nuclear powered cars? The same ones that are already trying to kill me in their regular cars? You know where I’m going with that, don’t you?

Supposedly this new molecule contains something called depleted uranium, which is not supposed to have all the radiological implications of the regular stuff, but somehow I just can’t shake the image of some guy tailgating me with hazardous materials stickers all over his car, but then again, thats not as scary as what I’m paying at the pump.