Opel peers into electric car future with the One Euro 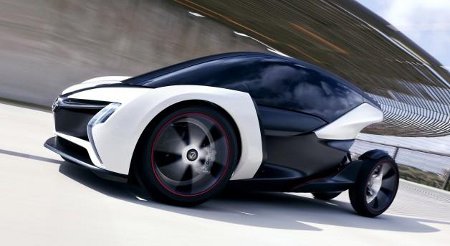 The world’s economies are still in major turmoil, and it does not look as though there is going to be a quick and painless solution in sight anytime soon. Well, this is the result of spending for so many decades without closing in the gap on the deficit for the majority of countries out there. Having said that, the cost of living looks set to increase all the time, and transportation costs do not look likely to drop, either. You might be able to own a car now, but can you afford the fuel?

Hybrid cars as well as electric vehicles could very well be the future so that we will be less dependent on the reserves of ‘black gold’ that are sitting underneath most countries in the Middle East. Opel certainly knows this, which is why they intend to shape the future with their version of an electric car, which is the One Euro. This particular model will be able to seat two (it definitely looks sleek enough to impress more than a single date, especially when you take this for a cruise down the hottest stretch in town on a Saturday night), but it won’t be able to go fast mind you.

Debuting at the 64th Frankfurt International Motor Show, the Opel One Euro was not named so because Opel intends to make a massive loss by selling it for just a single Euro – no sir, the reason behind that moniker is because it is capable of traveling a distance of 100 kilometers at the cost of a single Euro. That’s right, no gimmicks behind this claim, just pure fuel savings, zero emissions and sleek styling and design.

This revolutionary concept for zero-emission urban mobility is also special in the sense where it is suitable for those aged 16 and above to drive, and will even boast some sort of parental controls that limit the maximum speed to a mere 45km/h – something 16 year olds would probably despise. Hey, better a car to get around than no car at all, right? The Opel One Euro will weigh 33% that of a modern small car, and maxes out at 120km/h when you put the pedal to the metal.

It will take some time before this prototype is ready for a commercial roll out, and when that happens, I expect to see it be affordable enough for the masses to make this a truly intra-city vehicle.