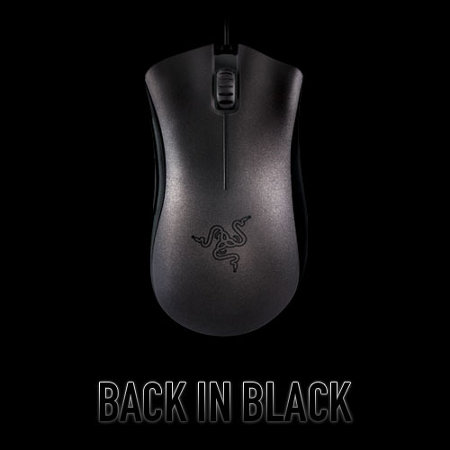 It is rather nice to see gaming hardware companies like Razer roll out new releases once in a while, similar to model changes in European car manufacturers that do not happen every year, but after a particular length of time. This just goes to prove how timeless those designs are, and make sure the reliability of the device will be able to last for that particular time period.

The Razer DeathAdder is no exception, where it is now available as the Razer DeathAdder Black Edition. While the original was introduced in 2006, that model helped prolific gamers to crush their opponents with ease, and it was soon whispered among gamers as the standard of gaming excellence. Five years later, the DeathAdder has gained so much traction among gamers that it is used by more professional gamers than any other gaming mouse.

To commemorate this momentous achievement, the Black Edition is a commemoration of this glorious collaboration between every single gamer and their never-failing, trusty DeathAdder.

According to Min-Liang Tan, CEO and Creative Director, Razer, “The DeathAdder legacy is something we’re immensely proud of here at Razer. We set out five years ago to create the most ergonomically perfect mouse; conducting extensive research which spanned thousands of simulations and models. We even obsessed down to a micro-angle of the profile’s curvature. The result is a mouse that becomes an extension of the gamer’s hand, the ultimate device for gaming precision. We’re releasing the DeathAdder Black Edition to celebrate every gamer’s victory and every satisfaction thanks to its exceptionally precise design.”

Of course, this new release isn’t as simple as churning out the same model in a different color, but the Black Edition will simplify the DeathAdder’s form factor design with new non-slip rubber sides, delivering one of the most comfortable grips as well as superior handling over extended gaming periods. Apart from that, it also has to live up to its namesake with a completely black finish, making it an aesthetic sight to behold.

Apart from the highly familiar and ergonomic profile, you will also get a 3500dpi 3.5G infrared sensor, 1000hz Ultrapolling with 1ms response time, 5 Hypereponse buttons, and On-the-Fly sensitivity adjustment. It will retail for 59.99 in your local currency on both continents sandwiching the Atlantic.