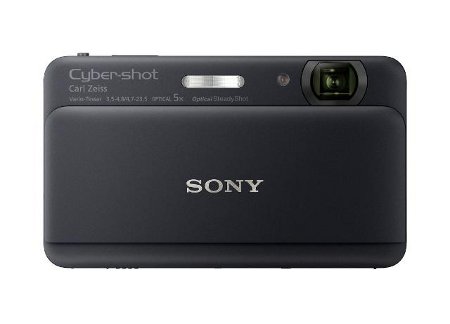 When it comes to the world of digital cameras, there are plenty of models to choose from where the entry level and mid-range segments are concerned. With that many to choose from, just which model should you part with your money for? Sony might have a new candidate that will suit your needs (and wallet) when it is released later this September for $350, coming in the form of the Sony DSC-TX55 digital camera from the Cyber-shot range.

Boasting an exceptionally slim and stylish form factor, the new Sony DSC-TX55 Cyber-shot camera will feature a bunch of new new technologies, where among them include “By Pixel Super Resolution” technology that will boost the camera’s zoom range to a virtual 10x. Of course, many people might think that this would result in a loss of quality, but Sony’s effort would let you zoom in on the action from afar without losing quality even at the image sensor’s maximum resolution (16.2 million pixels).

This is also the first camera from the Cyber-shot range that will deliver a “Picture Effect” mode, where it will further expand a shutterbug’s artistic possibilities without having to go through an editing software of sorts. The DSC-TX55 will feature a 16.2-megapixel, highly sensitive Exmor R CMOS sensor that can deliver intense image detail and ultra-low picture noise, regardless of whether you are shooting still images or recording Full HD video, never mind that lighting conditions are less than satisfactory. Apart from that, the camera’s hi-speed auto focus is also capable of locking onto the subject in just 0.1 seconds.

While the new DSC-TX55 is not a DSLR, it is still capable of achieving DSLR-like picture quality. With Superior Auto mode, it can recognize a wide range of shooting situations, where it will go ahead to adjust exposure and other settings. You won’t need a large, bulky stereoscopic lens to shoot 3D images – the DSC-TX55 can do so with just one lens, where it will take two shots at once, with the first image used to estimate depth information, so that a dramatic three-dimensional still image can be created.