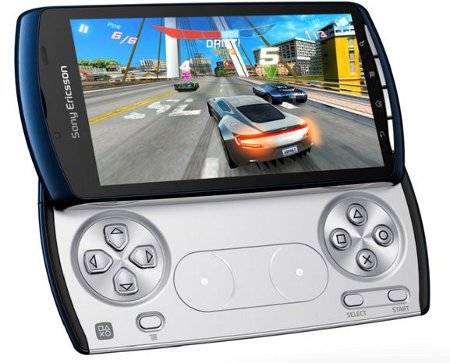 All work and no play makes Jack a dull boy, or so the saying goes. If that is the case, then it is high time someone purchased the Sony Ericsson Xperia PLAY 4G for Jack, don’t you think so? This smartphone will arrive over at Ma Bell’s network, where it intends to blur the line between handheld gaming consoles and smartphones. Current smartphones are rather powerful portable gaming machines by themselves, but so far if you were to compare the depth and quality of games, smartphones tend to drift towards the casual gaming side of things (which could be far more lucrative btw).

Well, the Sony Ericsson Xperia PLAY 4G intends to merge the worlds of gaming and communications in a single device, where it will combine a PlayStation-certified gaming device with the capabilities and portability of an Android smartphone. Sounds tantalizing, does it not? Let us check out the hardware specifications after the jump to see if it can live up to expectations or not.

For starters, the Xperia PLAY 4G will come with dedicated gaming controls right from the get go, which means you need not rush out and purchase those funny add-ons such as a D-pad that sticks to a touchscreen display using a suction cup. No sir, the slide-out controller comes with a D-pad, dual analog touch joysticks, a couple of shoulder buttons and the quartet of iconic PlayStation symbol keys which comprise of the circle, X, square and triangle.

Apart from that, a 1GHz CPU and Adreno 205 graphics processor will keep things pumping from within, and you get a front-facing VGA camera in addition to a 5-megapixel rear camera, Wi-Fi connectivity, and seven Xperial PLAY optimized games right from the get go – Dungeon Defenders Second Wave, Asphalt 6 Adrenaline, Star Battalion, Madden NFL 11, The Sims 3, Tower Bloxx: My City, and Crash Bandicoot.

Nice to know Sony Ericsson did not skimp on the operating system version this time around, where it runs on Android 2.3.3 Gingerbread while sporting a 4″ display at 480 x 854 resolution alongside stereo speakers to get your game on. At $49.99 with a 2-year agreement, it does seem to be quite the bargain – hopefully it lives up to the gaming side of things though!